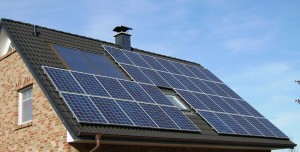 Let us slash through the myths and restore the truths about solar energy. This information is rare and unique compared to other myths and truths articles I have seen online.

MYTH: Grants for solar energy and “clean energy” are the reason why power bills are rising.
FACT: Grants for solar energy amount to only about six percent of the average household electric bills.
The few times a year households use massive amounts of power, air conditioners, washers, dryers, gadgets, is the reason for electric bill spikes. People running all their appliances at generally the same time, requires the power companies often to imitate rolling blackouts in certain areas. Solar energy is a kind of insurance policy against rising electricity costs.
MYTH: Solar panels are costly.
FACT: Solar panels are affordable and have many gains and financial incentives attached to them, which save money for households.
The prices continue to fall daily for installing solar systems, and since the 1950’s, the price has dropped to more than 500 times cheaper. A few years ago a solar system costs about the same amount of money as a car, now they are as affordable as a television set.
MYTH: Residential solar systems are not making a real difference in helping change things environment for the world.
FACT: Residential solar systems are helping to decrease harmful energy needs.